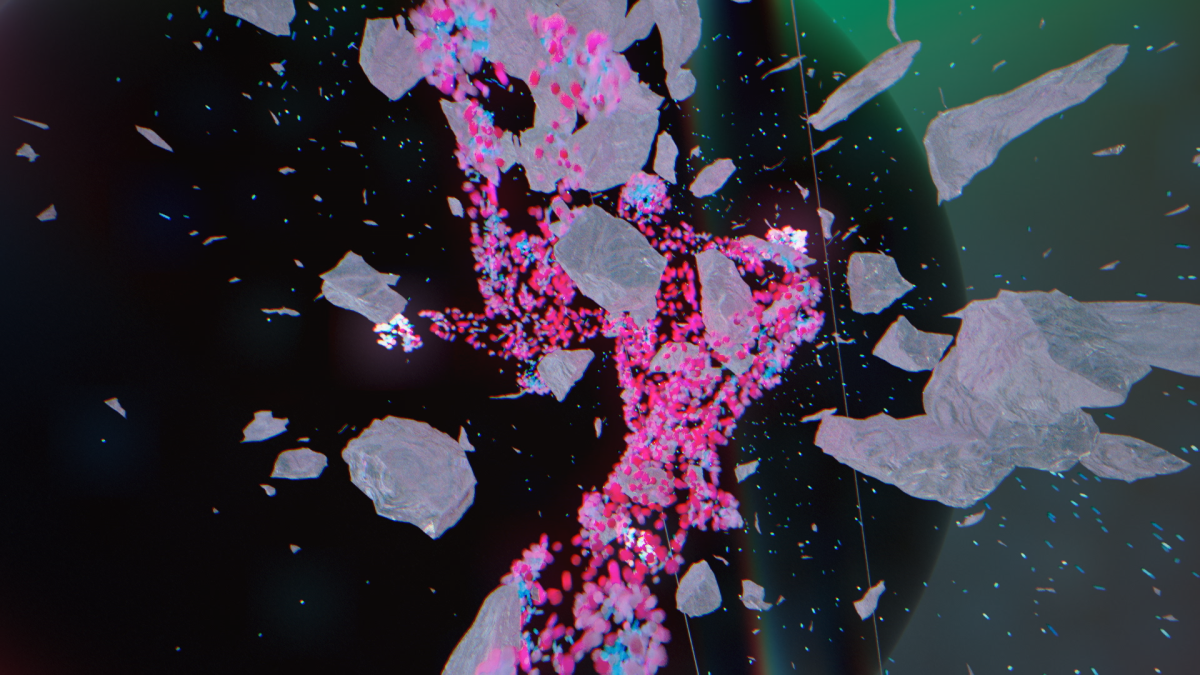 HOLLY –  “Looking For My Peace”

Rhizomatiks created the music video for “Looking For My Peace,” a new song by HOLLY, a Portugal-based electro music producer.

Profile
HOLLY
27-year-old Portuguese artist Miguel Oliveira, otherwise known by his stage name “HOLLY", has quickly and efficiently made quite a name for himself in the world of rap & electronic music over the last 9 years, as he began making music at age 18. HOLLY was able to share his music around the world at an impressively early stage in his career, making stops in the USA, Australia, Europe, Asia, and South Africa– most recently being booked for the biggest festivals around the world such as Coachella, Lollapalooza, EDC Las Vegas, and EDC Korea.
During this time, he released his music on some of the largest music labels to date, including Insomniac, Universal Music, Warp/Lucky Me, Mad Decent, Fool’s Gold Records, Dim Mak Records, and Monstercat. Having performed around the world while releasing his music on such well-known labels, he quickly garnered the attention of many critically-acclaimed producers and DJs – namely Tiesto, Diplo, Marshmello, Noisia, David Guetta, Martin Garrix, TOKiMONSTA, Alison Wonderland, and more.
HOLLY was deemed ‘one of the top producers of 2017’ by both DJ Mag and Run The Trap, and won the very first A-Trak Goldie Awards Beat Battle that same year. In 2019 Billboard Dance featured him as an emerging artist, highlighting his sound as ‘tough, but sophisticated and often experimental bass that still often properly pummels’, and in 2021 he received a medal of honor in Portugal for representing Portuguese culture around the world. HOLLY was also the co-producer of the Grammy Nominated album “Planet’s Mad” by Baauer and has also received notable features from important international outlets such as BBC, Complex, DJ Mag, Mixmag and many more.
Although immensely talented at producing stand-alone electronic beats, HOLLY has heavily geared his efforts toward producing innovative rap and hip-hop projects for numerous artists, such as Danny Brown, CL, Jay Park, Lee Hi, Gunplay, A$AP TyY, Joey Purp, OG Maco, UnoTheActivist, Slow J, AK AusserKontrolle, and received several multi-platinum certifications in Europe for his work. He’s also ½ of “Berry Patch”, a project together with Machinedrum, and has collaborated with some of the biggest electronic acts such as Baauer, Boombox Cartel, Bloody Beetroots, Zeds Dead and Slushii. He also added additional production on Machinedrum LP “A View Of U”, released on Ninja Tune in 2020.
Outside of artist projects, Miguel has put together several creative projects for Cirque Du Soleil/Blue Man Group and worked on many NFTs, being quoted by the most important NFT marketplace - Foundation - as a trend setter in the NFT space.
HOLLY’s engaging on-stage presence and innovative sound have catalyzed his emergence out of the SoundCloud scene and rapid growth as a producer and respected artist across many genres of music.